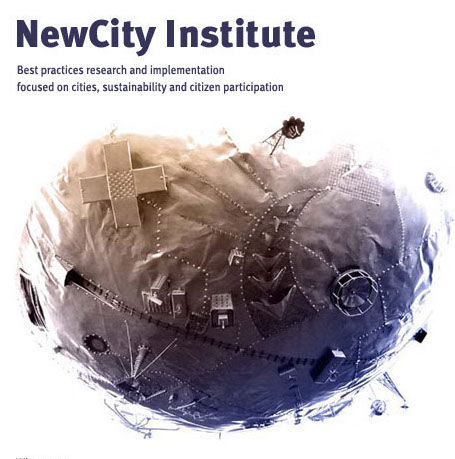 A distinguished group of planners, academics and concerned citizens founded the New City Institute in 1996. Since then, the Institute has been involved in academic and action research aimed at advancing social placemaking, civic engagment and sustainability.

The New City Institute undertakes research and public education on:

Structuring the built environment to minimize impacts on the natural environment,

Fostering public participation and a culture of civic engagement.

Kathryn Cholette, former leader of the Green Party of Canada,

Marcia Nozick, now Director of Embers, known for her classic book on sustainable community development: No Place Like Home.

Mark Roseland, former Director of the Community Economic Development Centre at Simon Fraser University and author of the widely acclaimed Toward Sustainable Communities .

Rick Balfour, architect and planner, and member of the Vancouver Planning Commission.

The New City website was established in 1997-98 to replace New City magazine. It also incorporates the work of the Vancouver Citizens’ Committee which produced the widely used Citizen’s Handbook. New City magazine and its predecessor, City magazine, for many years offered the only in-depth alternative perspective on urban planning, housing, citizen participation, and sustainability issues in Canada. Founded by planning professor, Kent Gerecke, and others in 1974, it continued publication until 1998 with Marcia Nozick taking over as editor in 1992, and Ross Dobson assuming the role in 1995.